100 FAces of war experience:
Portraits and words of Americans who served in iraq and afghanistan

This project was an attempt to step outside of the political and commercial influences that dominate depictions of the American experience of war.  A  discussion of context is necessary:

Any project about the American military occupies an complicated cultural space for historical reasons that may be unknown to the viewer. The image of the American veteran is heavily politicized and advertised. One reason for this is that the American military now relies on something that could be seen as a continuous psychological or cultural draft.  After the Vietnam war regular conscription was ended. The military was left with the conundrum of having to attract people, rather than being able to force them to serve. An incredibly powerful and long term advertising campaign was born.  Thus pro-military messaging has a rising influence upon Hollywood, video games, and sports.

In 2005 I felt a compulsion to understand the experience of Americans who went to war in Iraq and Afghanistan on some other terms. Advertising, politics, journalism, and heroism only go so far. Over the course of nine years I invited into my studio practice 100 people who went from America into the wars in Iraq and Afghanistan. Each of them provided a statement to be placed next to their portrait. They were allowed total freedom in what they said in that statement.  I did not know what any of them would say before I did their portrait. All of the statements and paintings are kept together as a single installation.

I sought to create the fullest picture via cross-section.  The group reflects the statistical dynamics of the forces deployed in terms of jobs performed, gender, race, rank, branch of service, etc. Some posthumous portraits were included and for these I worked with the families who provided photos and words.

The 100 Faces of War exhibition is currently touring with Smithsonian Traveling Exhibitions. The full on line presentation can be viewed on the project website at 100facesofwarexperience.org 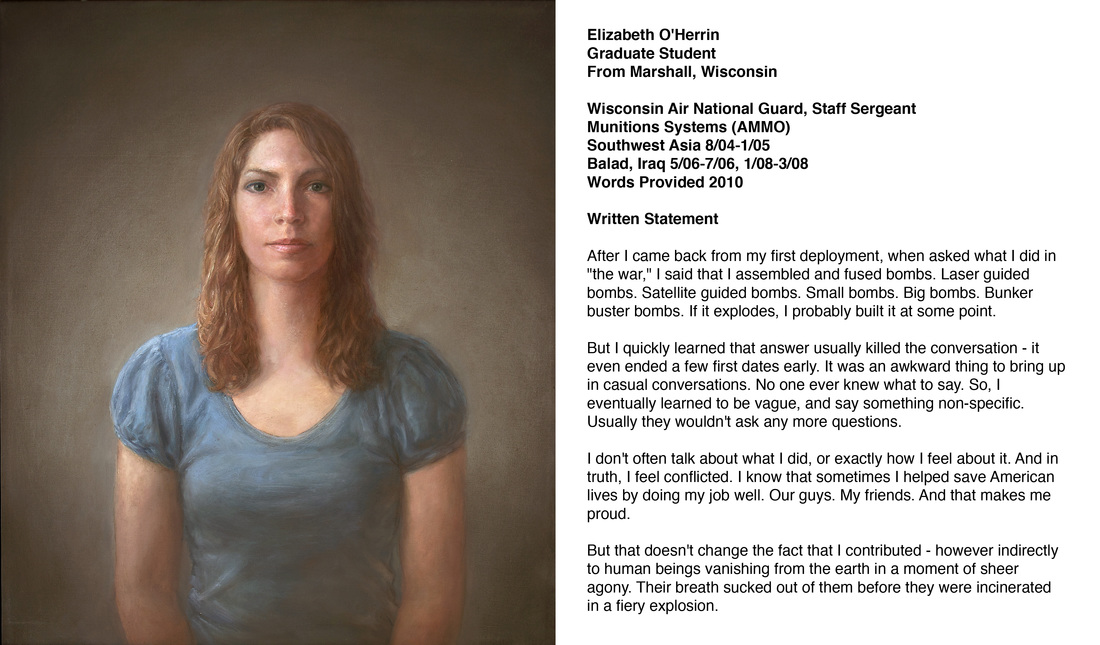 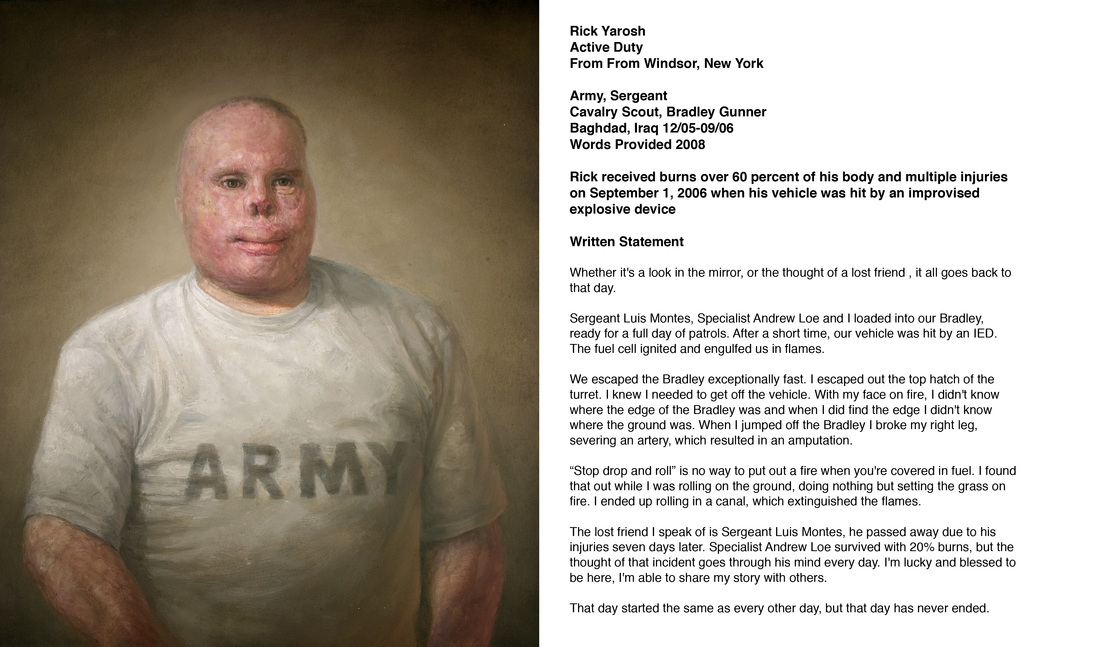 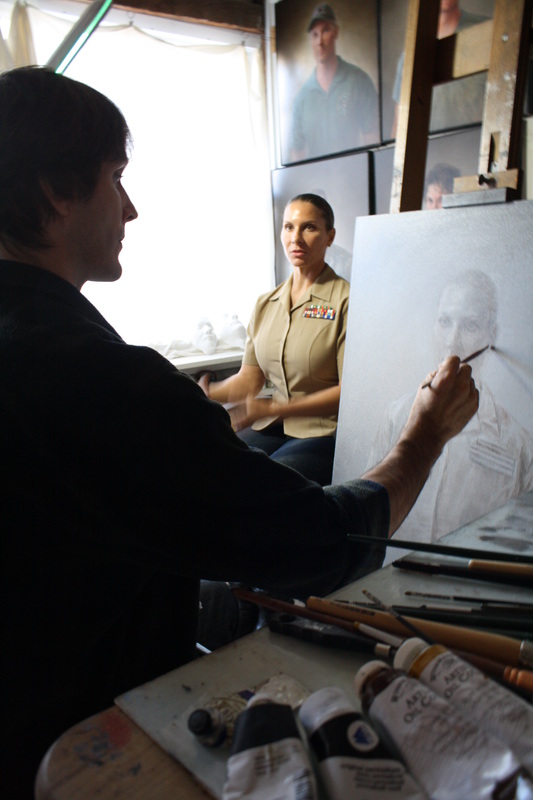 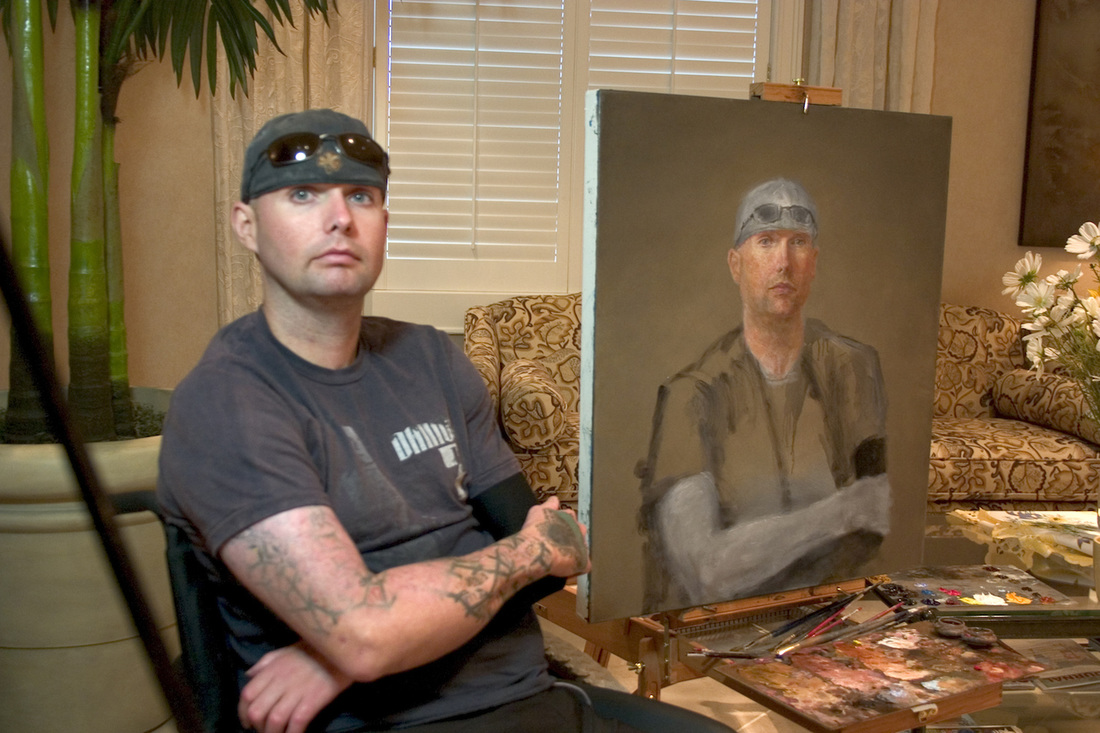 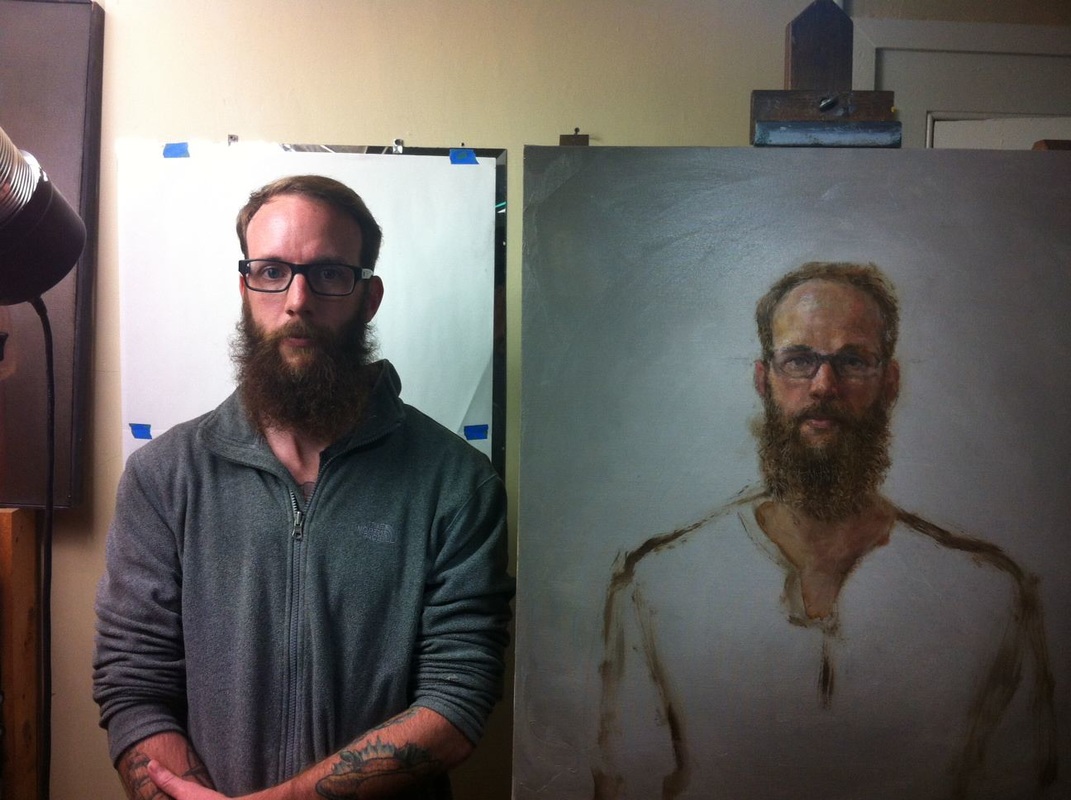 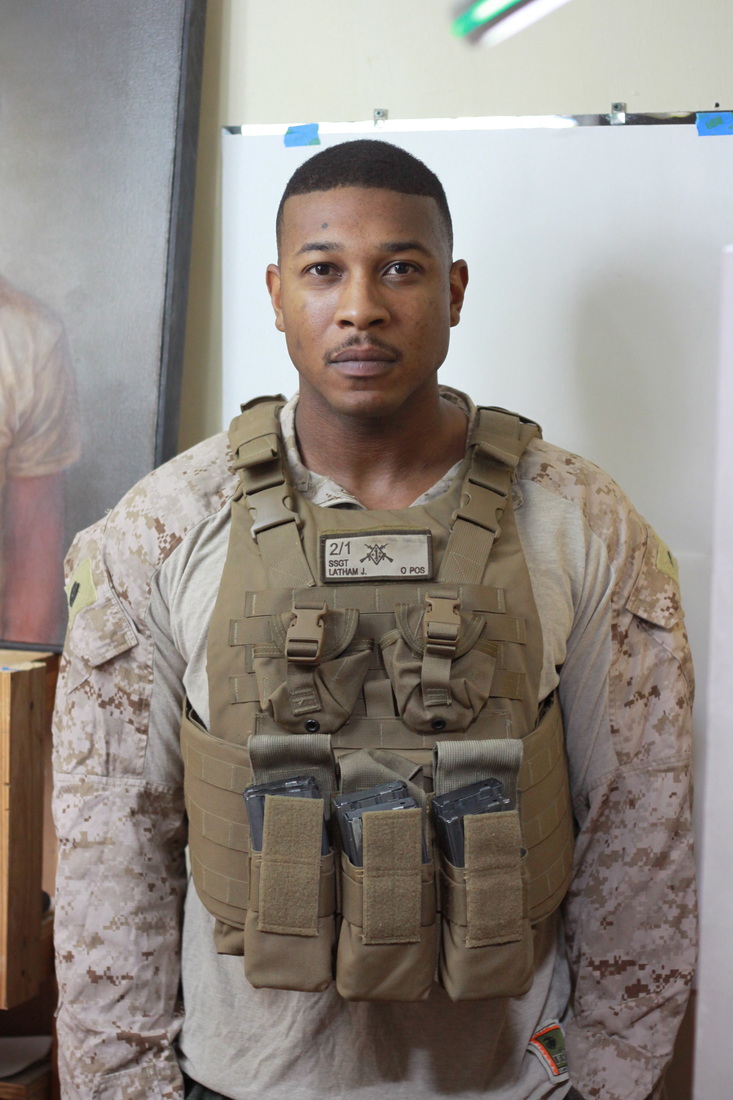 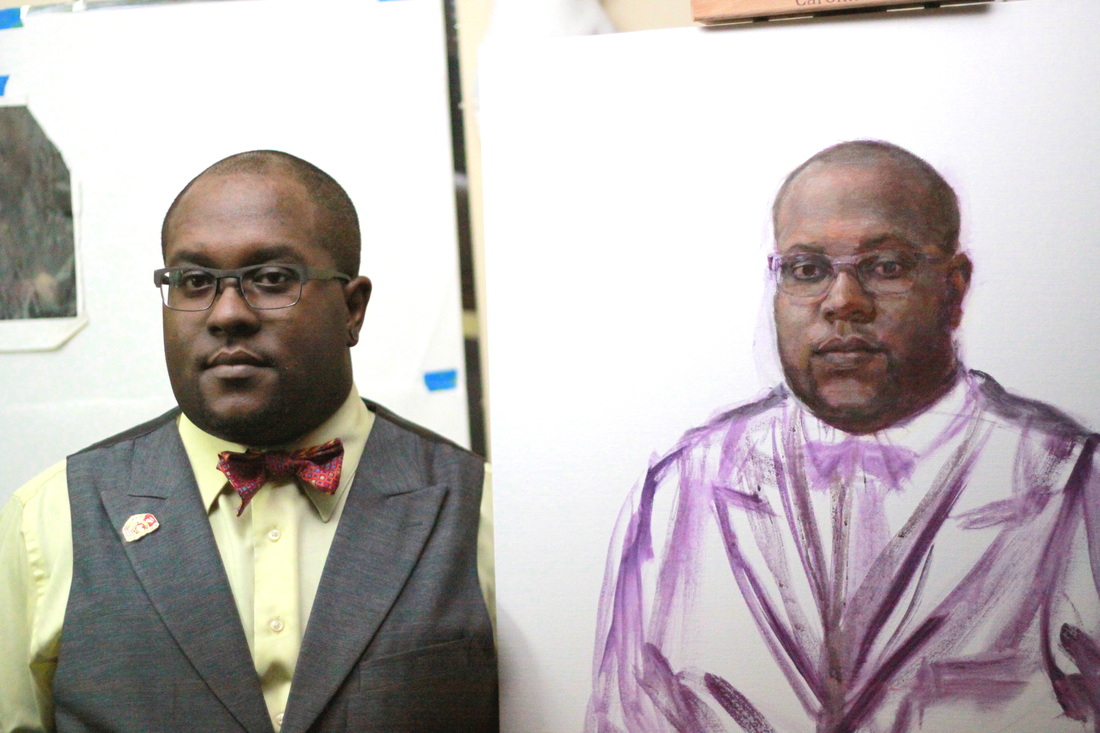 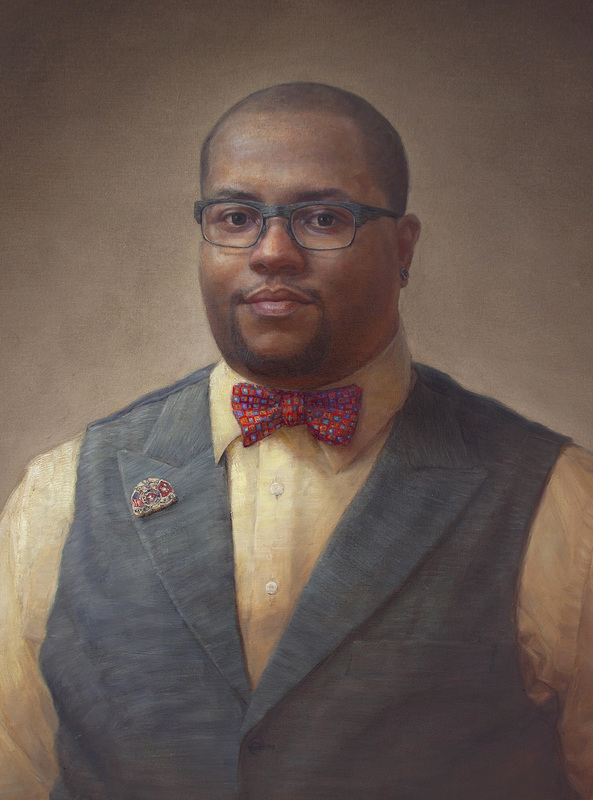 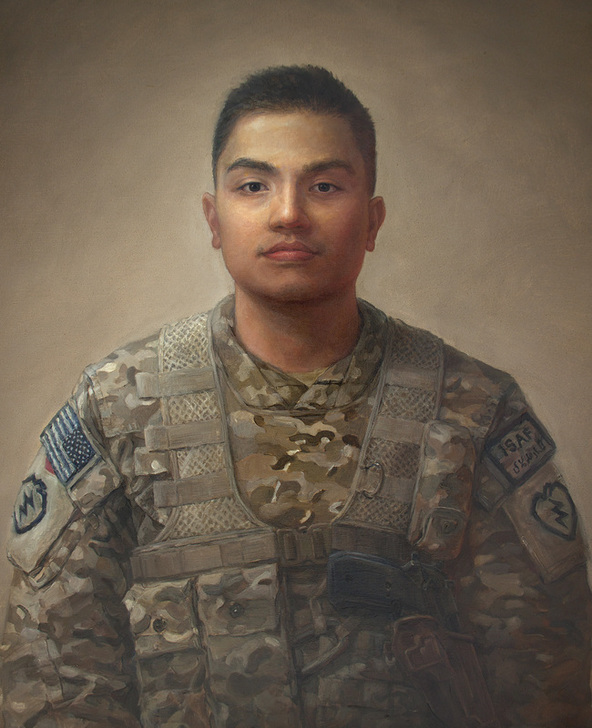 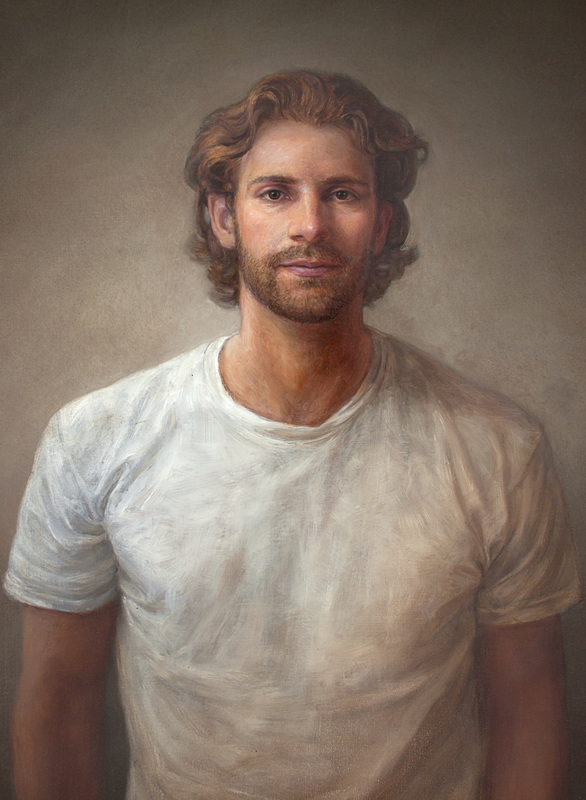 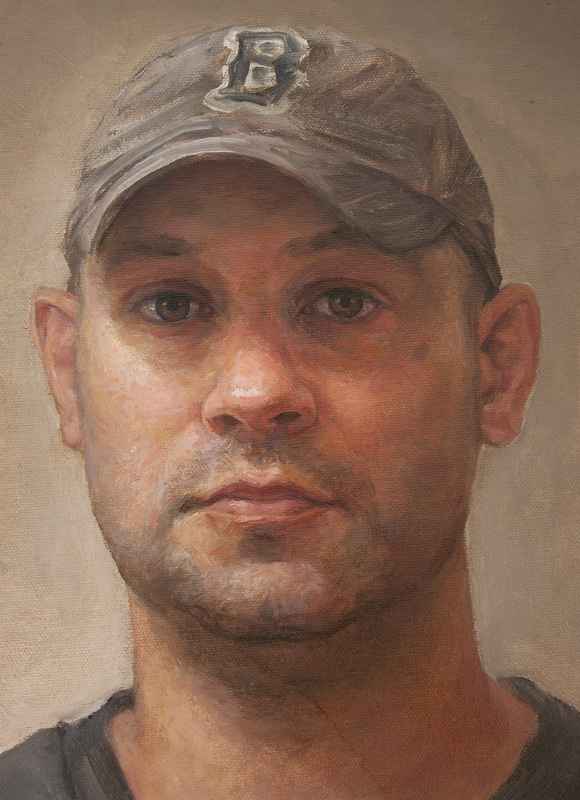 photos below by Andrew Amundsen 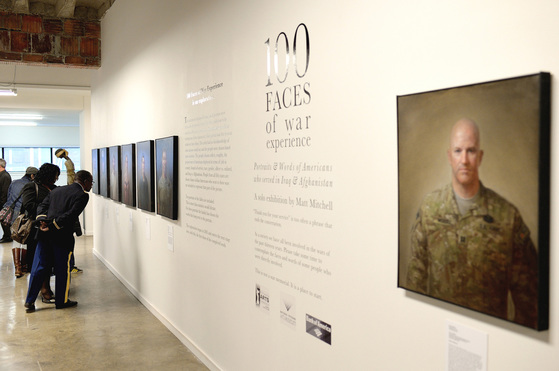 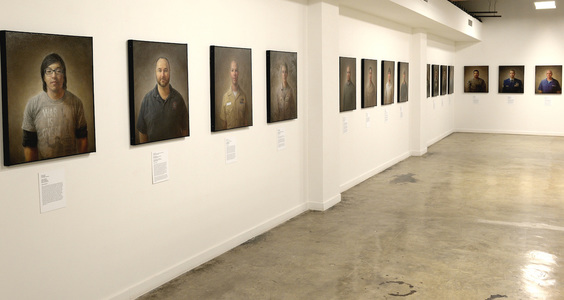 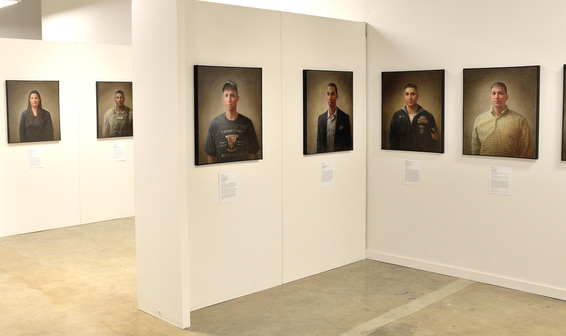 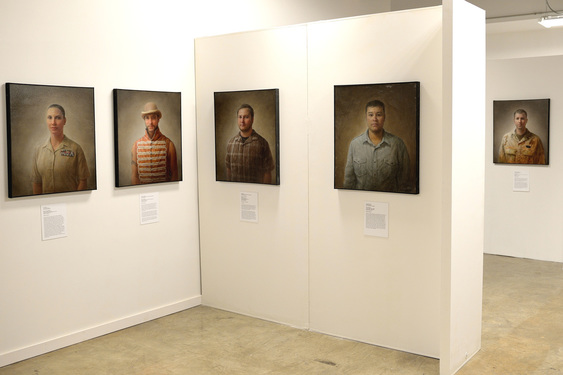